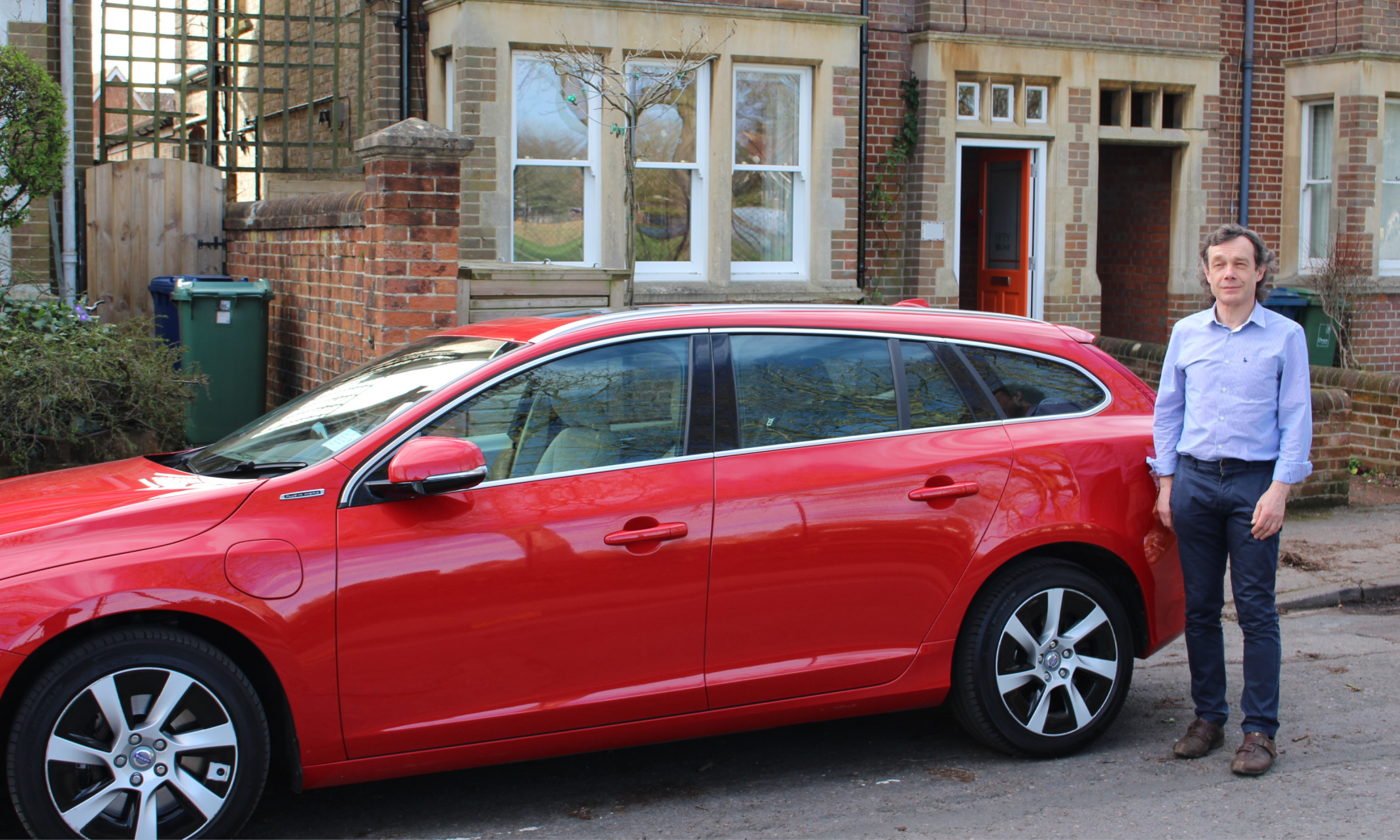 Stefan lives in a terraced property in St. Margaret’s, and has no driveway or garage where a home charger can be installed.

Stefan drives a plug-in hybrid Volvo which uses electric power and a petrol/diesel motor to run the car.

I saw when the first electric racing go-carts came out and now they have their own racing formula, so it’s come a long way.”

Because of the long journeys Stefan makes regularly, and the lack of options for charging at home, Stefan opted for a plug-in hybrid which uses electric power and a petrol/diesel motor to run the car.

For Stefan, there are multiple reasons to choose a plug-in car:

“If you’re in town you can drive very cleanly, the other advantage is that if you charge it frequently enough your miles per gallon is much better than your average vehicle.

Driving a plug-in hybrid car is completely seamless – you have no idea whether you’re switching between the electric power, the back-up motor or using just one or the other - as a driver you don’t need to think about it – you just use the car.”

For Stefan, charging his plug-in car at home has been a challenging issue:

“You can’t charge an electric vehicle here. People will accept you putting a cable across the pavement to vacuum your car, but if you wanted to leave it there for 4 hours unattended then people are going to trip over it – it doesn’t matter what you do, it’s going to cause a problem. The only option is to go to a public charging point.”

Although Stefan has had a charging point installed at work, he still needs to charge at other times:

“Because I work in Cambridge, the long journey means that I still need to charge after I get there. It’s about 90 miles, so if I could charge here, I could do a third of the journey on electric, charge up at work and then do a third of the way back on electric – that’s a big impact- even on a journey that long.”

How will having a charging point close to home help?

A charging point close to home for Stefan will mean that he can do more driving on electric power:

“If you can charge the car at home, you have complete access to all the benefits the car has to offer.

"If we go to visit family in Oxfordshire we would be able to do the trip on electric.

"We can charge while we are there and come back on pure electric – so that’s two journeys that would have been diesel, which are now on electric.

"Anything that we want to do around town – say, go to Woodstock and back we would use electric.

"I’m guessing this will probably double the miles per gallon we get from the car.”